We got aboard the Sea Lion, the nice yacht that belongs to the Finch Bay hotel. We sailed through the choppy sea for a couple of hours until we reached Santa Fe island.

Even before we got off our dinghy we spotted the Galapagos hawk, lots of sea lions on the beach, colourful fish swimming next to the boat and lots of sharks by the shore. 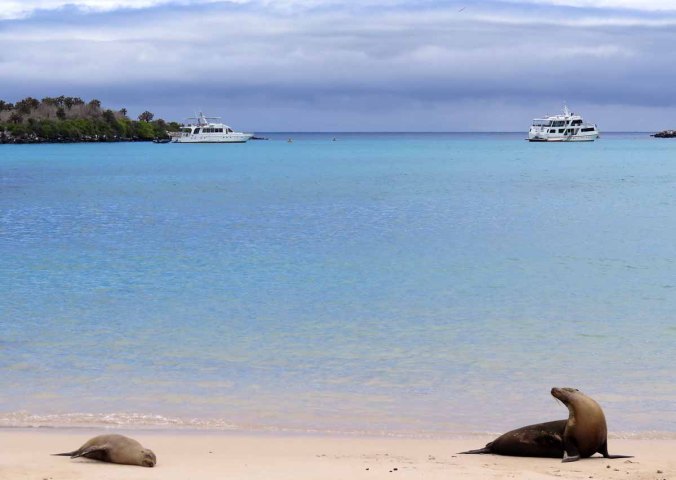 We landed on the sandy beach where many sea lions with tiny pups were playing around. We spent some time taking photos and watching as they played around. 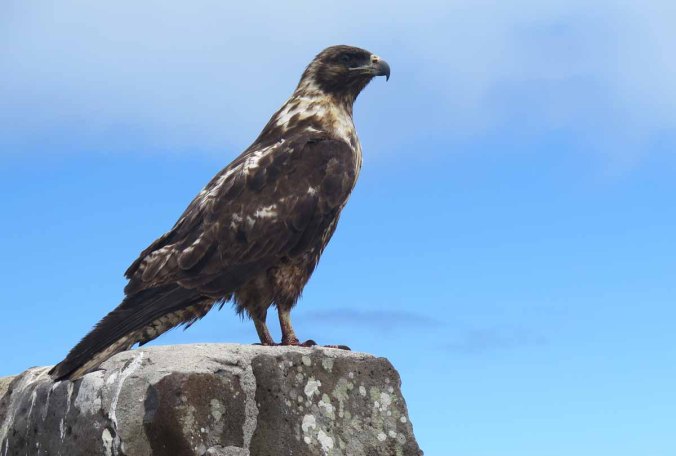 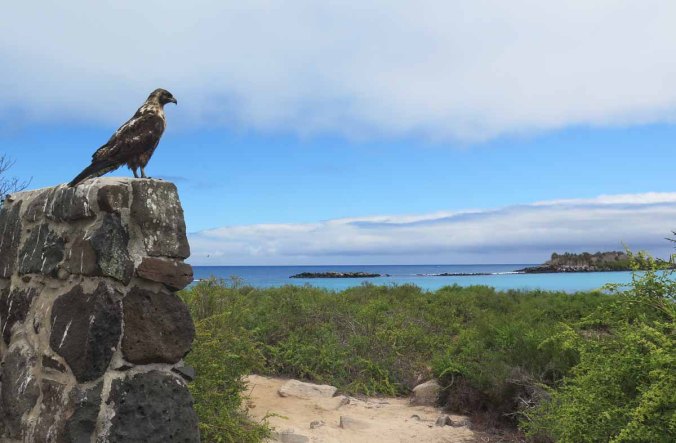 We continued out hike across the island, and were greeted by a hawk that was just chilling by the main path. The track continues through a terrain full of shrubs (under which you can often find a sea lion resting) then reaches another beach – again we saw many sea lions, and this time we even saw two bulls fighting each other!

Continuing our walk we spotted a few Santa Fe iguanas – a different species of land iguana. These feed on the unusual cacti which grow all over the island. 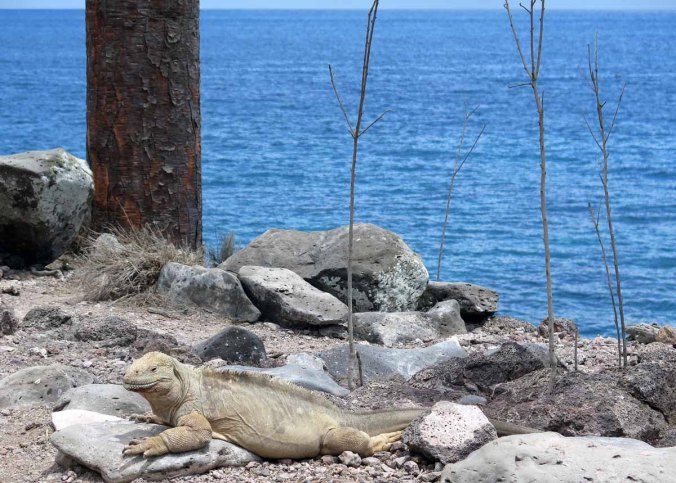 We changed into our snorkelling gear and swam around colourful fish. We found a spot with playful sea lions, and they came to swim around us, which was really amazing! Then it was back to the boat for lunch before we made our way back to the hotel.

As it was early, we went to Puerto Ayora, the local town. Charles Darwin Street is the main road, but there isn’t much to see. The local fish market is quite unusual, with sea lions and pelicans fighting over scraps of fish.

Our other Galapagos adventures are here: Day 1; day 2.